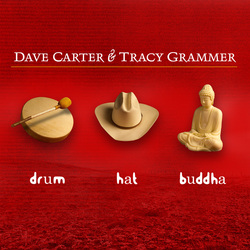 common cool, he was a proud young fool in a kick-ass wal-mart tie
rippin down the main drag, trippin on the headlights rollin by
in the early dawn when the cars were gone, did he hear the master's call?
in the five-and-dime did he wake and find he was only dreamin after all, 'cause

"rock of ages, love contagious, shine the serpent fire"
so sang the sage of sixteen summers in the upstairs choir
so sang the old dog down the street beside his wailing wall
"go home, go home" the mayor cried when jesus came to city hall, 'cause

raised on hunches and junk food lunches and punch-drunk ballroom steps
you get to believin you're even-steven with the kids at fast-track prep
so you dump your bucks on a velvet tux and you run to join the dance
but your holy shows and the romans know you're just a child of circumstance, 'cause

mother red river, she wind like a copperhead
coils and boils over dennison dam
little white houses, eggs on the rocky bed
i am the sun of the serpent, i am

raised on the river, washed in the blood
blood run thicker than bottomland mud
and the wheel sinks deeper as the years spin 'round
thirty bad summers in tillman county

my uncle little tree dreams of another life
coddles his cattle and he rents his range
holds the fan to the face of his pretty wife
she knows nothin ain't ever gonna change, she was

chikasha trickster call to the funnel cloud
demon come screamin over wichita falls
lines down, power out, ryan and points south
time and direction don't matter all when you're

maybe old moses come and turn this current back
cross me over ever holy and dry
climb me a crooked oak, scar-faced, bible-black
swing this shovel till it cracks the sky, I was

all rise, behold the famous disappearing man
who comes in crimson robes but leaves in yellow rags
hear now his ancient call to union
and the furious communion of the maiden and the stag

in the dark, in the dawn, with your wedding dress in tatters
you reveal the yearning desert in the country of your skin
how you ache for the fawn, and he says it doesn't matter
but it does and he's gone, and you know that he won't be back again

long now, he's borne his heavy armor resting
only in his sorrows and his noble-nosed regrets
some light, some momentary solace
and he'll ride off gay and lawless as the moment that you met

so the night comes and goes, and there's no one there to nurture
but yourself and you know that you've nothing left to lose
will you stand in the road waiting for another searcher
will you weep soft and low in the voice that your mother used to use

springtime, the swain came green and hero like
a friendly gypsy storm on tender lilies, hale and blaze
late fall, the boatman rowed you grimly
down a canyon dark and empty in a stale and dreary haze

at the end of the year when the cliffs rise up behind you
and the stream runs in circles from the chasm to the core
and the sun comes in tears 'cause the gardener did not find you
will you bloom bright and fierce, will you know you don't need him anymore

he worked the midnight diners, washed the weary dishes
street poets and vision miners, starry-eyed ambitious
blew like pilgrim leaves through the sad cafe
the bards and climbers tradin dreams and wishes

once the famous aphrodite nightingale came callin
her court, her keepers friday, foes and hopefuls crawlin
poor, proud, aging queen, did her eyes betray
the high and mighty know they're only fallin

he came home as before, he had no one to sell to
kids 'round him on the floor, he sings like silver bells do
when they ask of the world he will only say
the power and glory ain't all that they tell you

236-6132 is the number i must call
when casey's at the bat, and sleeping beauty slumbers
when the frost is on the dew, and my teardrops freeze and fall
till the world is frozen flat, and the long night snows me under

236-6132 is the number of my love
when the clouds are howlin rain and the sky is black as ashes
'cause it's sunlight where we flew, though the trail is cold above
and the raven quakes in vain while the lightning barks and flashes

still the clouds will fade to gray cocoons
and spring the winken monarchs, nodding never-blinken moons
when the crows come home to roost and the eagle weds the dove
236-6132 is the number of my love

in fair silver city on the blind side of fate
i grew up to manhood on the narrow and straight
but prideful i stumbled, and foolish i fell
in the silken fine trammels of a cruel yankee belle

slender and wicked, flame in her eyes
pearl white and nickel 'round the curve of her thighs
smooth as dry whiskey, but cold to caress
she slid like a viper from her tooled leather dress

we rode out from canaan in search of our fortune
or somethin worth dyin for, beauty or evermore
over the blackwater flats with her jackrabbits running

so come demon lover when the long night is through
and sing me your lullaby, simple and true
for legends will tarnish and the trigger will rust
and the road over glory come to ashes and dust

this is my home, this is my only home
this is the only sacred ground that i have ever known
and should i stray in the dark night alone
rock me goddess in the gentle arms of eden

then the day shone bright and rounder till the one turned into two
and the two into ten thousand things, and old things into new
and on some virgin beach head one lonesome critter crawled
and he looked about and shouted out in his most astonished drawl

now there's smoke across the harbor, and there's factories on the shore
and the world is ill with greed and will and enterprise of war
but i will lay my burden in the cradle of your grace
and the shining beaches of your love and the sea of your embrace

woodpecker woman, chipaway whittle
carve my name in a hick'ry fiddle
dance all night, dream just a little
i go like the raven

down in the meadow, deep in the holler
bullfrog sing to the bug-eyed crawler
slide to the rake, hop to the caller
reel with the willow waivin

when they hear my bowstrings tightnin
angels gay, devils frightnin
c'mon fire and midnight lightnin
to the garden gancy

now all you blackbirds plain or pretty
hear my words for rede or witty:
keep the greenwood, shun the city
and her dandies craven

down to a dollar in a terrible fix, i was hopin my bookie would call
coolin my heels at the motel six, waitin for the axe to fall
phone rings, man, i'm white as a ghost
but it's my baby on the line from the jersey coast, she says
"c'mon home, honey," gonna make it after all, and it's

i saw me a yarn on the tv set about the surfers out in malibalou
so i bought me some baggies and i hopped me a jet just to see if them stories was true
well the water was cold and the beer was hot
called my baby from the parkin lot, i said
"baby, do you miss me?" "honey, you know that i do"

now if i was a actor or a high-rollin hippie i would head out for the califo-line
cruise my caddie up and down the strip, hollywood and by-god vine
but i'm an oklahoma boy and i'm east coast bound
got a redneck woman in a blueblood town
and i'm goin back to see my baby just one more time

fly away, fly away little wildwood flower
lift your cares to the wind coyote and whine
your rolling tears, your restless visions
rattle up to love, the magician

in a castle keep, in a vault of stone
in a house at the end of the lane
and old man weeps in his door alone
and he sings out this mournful refrain:

no lightnin rede from his books of lore
and the staff in the corner, no fire
and the crystal ball, always bright before
is grey as the dust of desire

my love has gone all upon the crimson trail
his drum at dawn beating brimstone through the veil
clear light through smoke and ash
and balmy seas, where breakers crash and roll

he lays me down in his garden growin bed
he weaves a crown, twigs and feathers for my head
he sings the fields awake
and folds me in the love that makes me whole