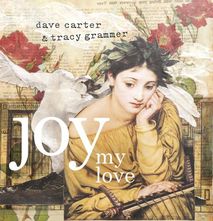 constant is my own true love
fragrant as the fairest flower, gentle as the dove
in the town you’ll find her there
scent of wild gardenias in her hair

soon i shall meet her in the square today
comfort, complete her, how could i feel any way
but grateful for the love we share
and the wild gardenias in her hair

hey diddle diddle, the man in the moon
he loved the indian maid
they build a cabin deep in the woods
down in the peppermint glade

jack played the trumpets, judy played the spoons
jill turned circles in the air
don wrote a poem, theodore danced
with jenny with the flaxen hair

now young mister rabbit and old mister bear and all of the people of the town
came to the cabin, all joined hands, danced in a circle all around
the tin soldier to the little china doll, would you do a number with me?
and they played along on a bugle and a gong singing hey diddle diddle-i-ee

mother i have heard a story that our country goes to war
leave it, leave it, these are the affairs of men and nothing more

mother, mother, people say they fought a war today
leave it, leave it to the soldiers, they are young and far away

mother what is that great pounding, like the drum on judgment day
leave it, leave it, you must slumber in my arms and i must pray

celia was a wise old gal and a turtle green was she
she took me up upon her back and swam across the sea
i learned about the coast of spain, the caves of xanadu
and to do unto god’s critters as you’d have done to you

because celia says we all sail the sea together
sister celia says no one truly swims alone
on the wave’s bright crest in the worst and best of weather
fin or feather, friends forever, celia says

she took me to a secret spot a thousand miles from shore
down to a sunken city upon the ocean floor
and there these words were written upon the ancient wall
as you have done to one of us, so you have done to all

somewhere on some sunny beach far from the world of man
a turtle hides her treasure, eggs upon the sand
but make a wish for peaceful seas and oceans without end
and somewhere there will wait for you your own sea-turtle friend

in a castle keep, in a vault of stone
in a house at the end of the lane
and old man weeps in his door alone
and he sings out this mournful refrain:

no lightnin rede from his books of lore
and the staff in the corner, no fire
and the crystal ball, always bright before
is grey as the dust of desire